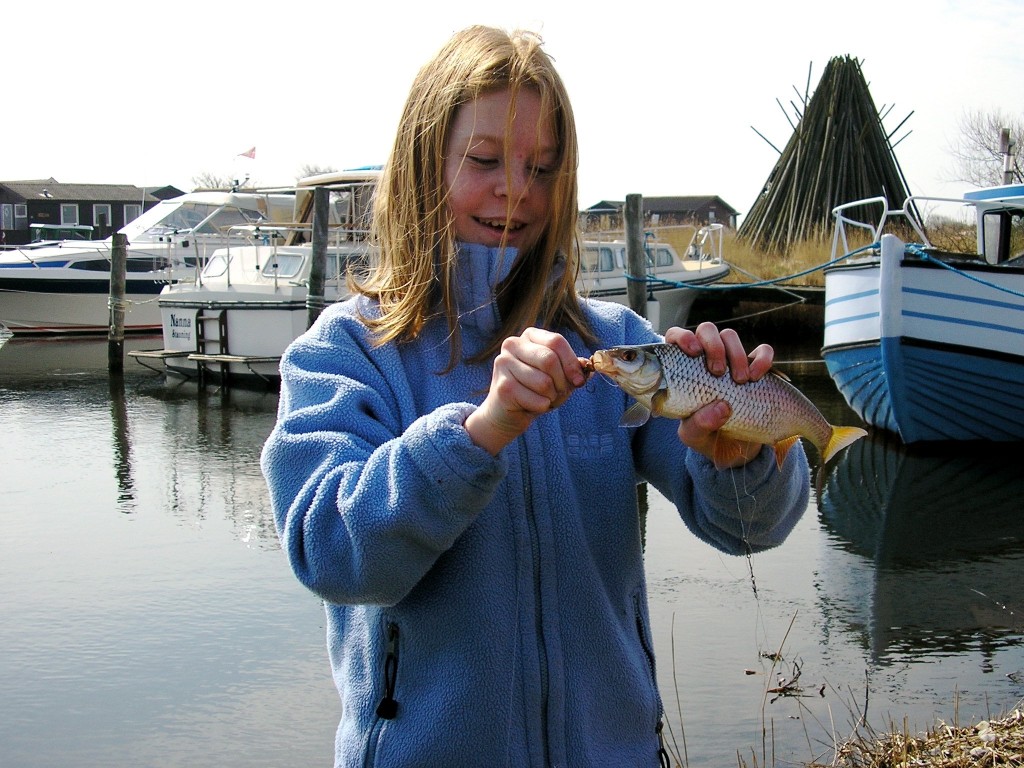 In May, millions of midges hatch from the muddy lake bottoms. The worm-like larva is an extremely important food source for many of the lake fish.

The bream particularly, is a true expert at hoovering the bottom of the lake. It also breeds in May and then moves into the rushes and paddock pipes to spawn.

At the same time, May is the month for the traditional pike premiere – after the official preservation in April. However, this is a close season that is not very precise. For example, typically, deep lakes do not get warm enough for spawning until May – which is the start of the season.

Of course, the experienced pike fisherman knows this, and he puts back any roe-filled female pikes that might be tempted by a hook in May. Usually, the small males are the first to appear in the shallow water. Not until the water temperature is exactly right do the large, roe-filled females appear.

Along the coast, both small and large animals are very active. For instance, the shallow water along the coast is full of small fish, fry and various crustaceans. The fish know this, and at this time of the year they prefer to visit the coast during the dark hours – which do not, by the way, get very dark during the light northern nights.

In several places, it will be possible to hear the first cod come “chomping” towards the coast at the surface. If there is a little current, it will often be possible to see them swimming so high that their dorsal fins are visible.

If the light nights in May belong to the sea trout and cod, the long-billed garfish have usually taken possession of the coastal waters during daylight hours.

The first ones are always the biggest – in the best cases a metre long, as thick as a wrist and weighing over a kilo. They come as a vanguard and go wildly for any jig or fly. Later, the smaller but considerably more numerous medium-sized garfish will arrive – followed by the smallest fish, usually half a metre long, sometime in early summer.

They only come to spawn and, having come so far, they have completely lost interest in food. Under favourable conditions it will be possible to see them spawn as they are often so absorbed in their breeding that one can get quite close and witness the spectacle.

May is one of the big months for fly fishers, who are fond of the constantly flowing water in the river. After a cold spring, the insect life there almost explodes, and the river is alive with the sound of various water insects.

The mayflies are certainly still there – as they were last month, albeit less numerous. But in May, it is often the very small black flies that dominate.

The hatching may be so massive that the water can be completely covered in newly hatched flies. With so many flies on the water, it is obvious that the fish are more active than ever and constantly targeting the little black ones.

The grayling is also very fond of the black flies, and they are in the process of finishing their breeding towards the end of May. At least that is what the law says, since the close season runs from the middle of March until the middle of May.