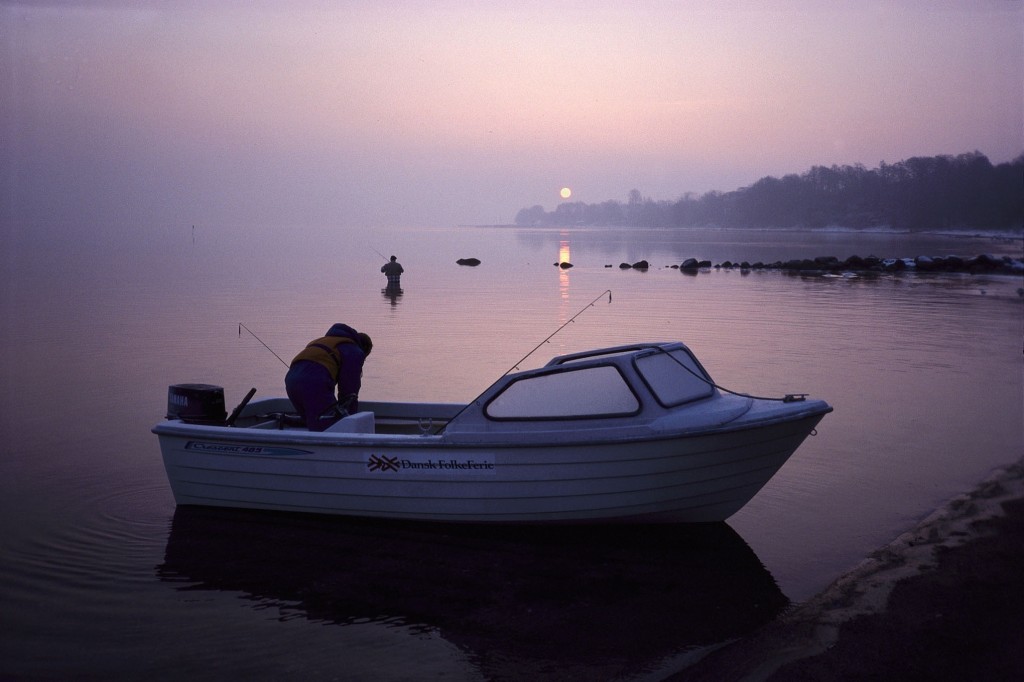 At many of the country’s rivers, the new season kicks off on 16 January. Not least in Northern Jutland this day is one of the big red-letter days, where everybody is out and about.

But the river may look very different in this early part of the season. It may be high and brown and look extremely unattractive for both fish and fishermen if there is a sudden thaw.

The river may also be low and clear if the winter has been dry, or if the snow is still held back by Jack Frost. Such a situation is a dream come true, not least for the fly-fisher, who has a little more difficulty in getting his bait down than do anglers using spinners or worms.

Finally the river may be cold or freezing cold. If it is only cold, it is possible to go angling – and you might even catch something. If the river is freezing cold, the odds are somewhat poorer, and they become truly miserable if the temperature suddenly takes a dive – typically because of a sudden thaw.

Most anglers are primarily interested in the immature, silvery and fat-bellied “Greenlanders”. Fish that fight well and taste even better. The only problem is that most of them are just below the minimum size limit, and therefore have to be put back.

Unfortunately, a lot of the fish that are under the limit swallow the hook if live bait is used. As a consequence, they cannot be put back in a viable condition, and are lost. This is a good reason for leaving the worms at home this early in the season and instead trying a spinner or fly, both of which are kinder to the fish.

Cod of the sea

At sea, the picture is reversed. Here the anglers are primarily interested in mature cod, which are just in the process of spawning at this time of year.

Because the cod is a typical winter spawner. In the cold of winter they assemble in large shoals, and the actual spawning is a kind of mass wedding where many fish spawn at the same time. However, it is not a case of shoal spawning, as the cod actually form couples.

The spawning takes place at places and depths where the salt content is suitable because the spawn must be able to flow freely in the water so it can be moved by the current. If salinity is too low, the spawn will sink and maybe die from lack of oxygen at the bottom of the sea.

The larger cod typically spawn in January-February, whereas isolated cod populations in secluded areas may spawn much later – in the spring months.

Cod of the lake

Burbot spawning also takes place in our freshwater lakes at this time of year. The burbot holds a special place among the fish of the lake – as our only freshwater codfish. Its barbel reveals its kinship with the other varieties of cod that all require salt water.

Like the other varieties of cod, the burbot also likes cold water. This is demonstrated by the fact that it chooses to spawn in the deepest part of winter, when the water temperature is at its lowest. Very often the spawning takes place below the ice, where the burbot gather in large shoals in deep waters.

The burbot is a typically nocturnal fish that during daylight hours hides in the dark . So fishing for burbot in clear sunshine is doomed – you have to fish at night – and use live bait – even in the winter