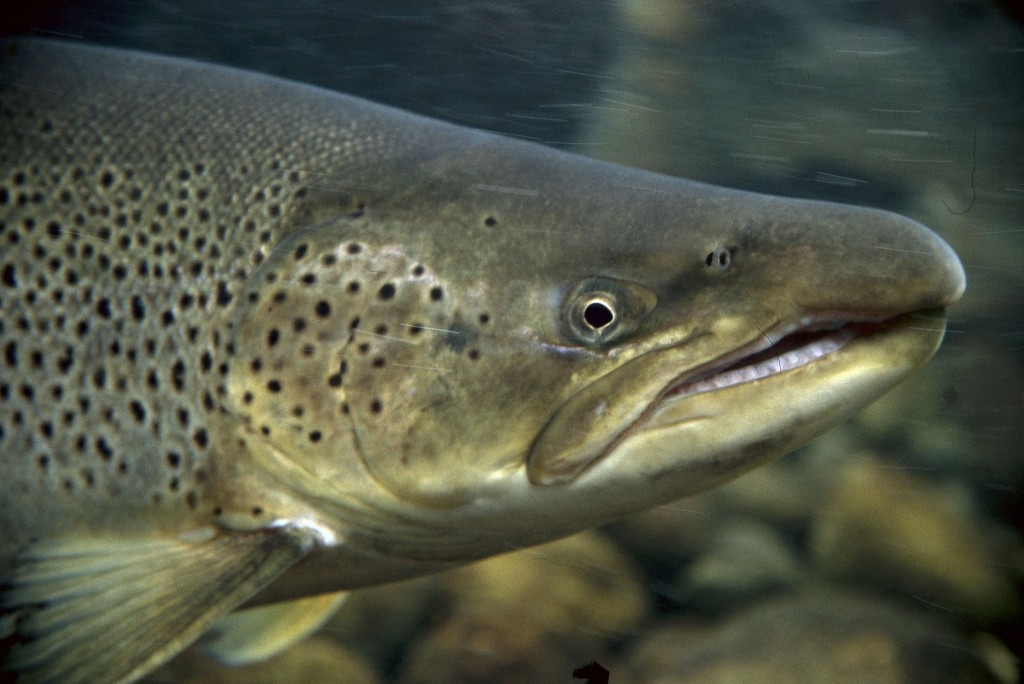 In many places, October is the month for the final run of the river. And maybe the month where the largest fish of the season are caught.

In all events, there is plenty of life in the sea trout and salmon rivers here in October. Spawning is rapidly drawing nearer, and the salmonoids are preparing for this. So there is a lot of activity in every hole or bend where the fish spend their daytime hours. Also at the places with low water where many of their nocturnal activities take place. This is where the spawning will occur.

The fish have now completely lost the silvery attire they brought back from their stay at sea. Instead they are wearing gaudy breeding attire, which in the case of the males varies from light to dark brown. To this should be added a very impressive hook that has emerged during their stay in the river. The females are more subdued in their spawning attire – without the hook and with brighter sides.

The many lakes and bogs also experience a lot of activity below the surface. The autumn pike are in very good condition at this time, and the water temperature is perfect for them. Surprisingly big pikes can be found very close to the shore during the next month or so – pike that have spent the summer in deeper and cooler water.

The perch is also in great shape right now. It has put the spring spawning behind it, and has gained a lot of weight during the summer’s gluttony.

The big brackish water perch are now heading for the very fresh water. They sense that winter is on its way and do not want to run the risk of being caught in too salty water where they cannot survive at low temperatures.

They do not want to run the risk of facing the winter without a little padding so they are eating to their hearts’ content until the winter cold puts an end to their gluttony!

The peak season for coastal cod is also approaching. During the next few months they will be as close to the shore as ever, and as always they are on the lookout for their favourite dish – crunchy crabs!

They hoover the seaweed forests for these delicacies, and it is just then that a reddish-yellow wobbler moving slowly across the bottom becomes a perfect lure!

The same applies to the still silvery sea trout. They have decided on a winter without sex – to stay in the sea until the water becomes too cold. Not until next year will they mature sexually and leave the ocean for spawning in the rivers.

Usually you will see 40-50 cm long fish along the coasts – looking for food, even though they are extremely well fed at this time of the year. The maxim that you can never get enough is true for fish as well.