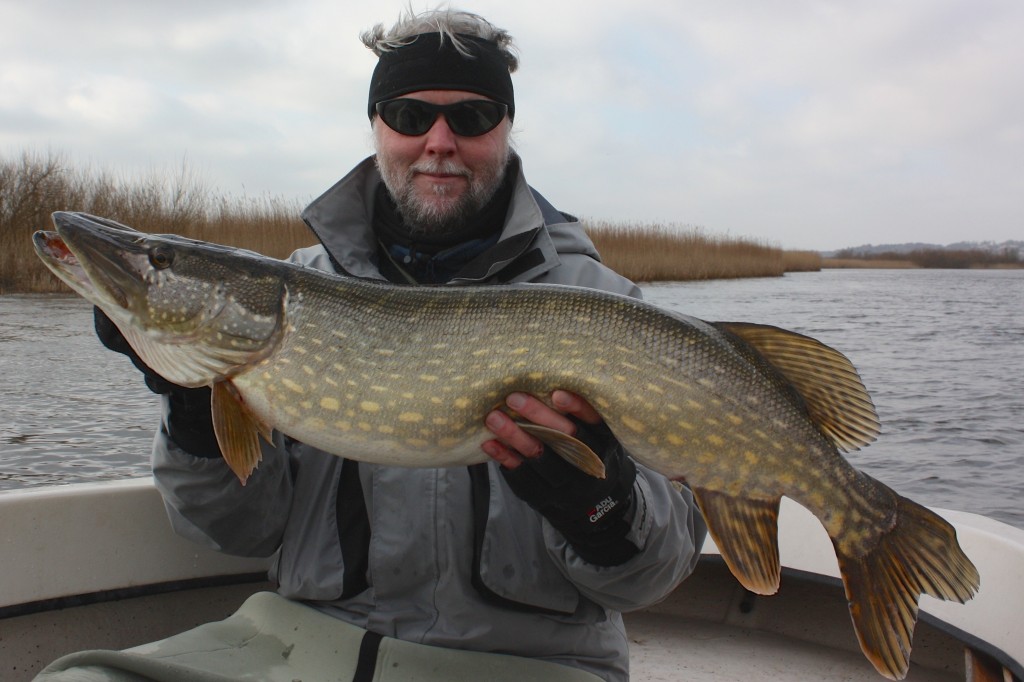 It is November, and river fishing is seriously drawing towards its end. Only grayling may still be caught, while trout and salmon are on the spawning grounds.

The season is already over in the places where they still subscribe to the “old” close season, which dictated November 1 instead of November 15.

In any case, the rivers are now full of coloured sea trout ready to spawn. They will not look good or taste good back home in the kitchen. They have long converted their fat deposits to reproductive products – for the formation of roe and semen for the approaching spawning. The fat deposits have been replaced by water, which limits the culinary value of spawning fish.

However, it is still legal to catch them in many places, but there is no reason to bring home big fish just because you have caught them. The coloured fish are very robust – much more so than newly ascended fish, and they can easily stand a fight, a quick snapshot and then a pat on the back. At the moment they are best for what they are there for – the spawning!

As spawning approaches, the fish move further and further up the river. In the relatively few places where you can still see salmon, they remain stubbornly in the main course. Only here are they able to find spawning grounds that suit them.

The sea trout, on the other hand, do not mind moving into even the tiniest brook to spawn. Before the actual spawning, they often stay in the main course downstream from the small feeder brooks. The local anglers know that, and they often fish out such places very thoroughly towards the end of the season.

But where most salmonoid – grayling and rainbow trout being an exception as they are spring spawners and thus legal prey in November – are now preparing for the highlight of the year – spawning – most other types of fish are preparing for a period with their metabolism on the back burner. For some cold winter months without substantial nourishment.

Here in November they often feel that it is just about the last chance for a proper blow-out before the hard times of winter, so they stuff themselves where and when possible.

Towards the end of the month, the air temperature is often around 5 degrees Celsius with the water temperature a couple of degrees lower. So even though it may feel cold to be an angler in November, it is not yet particularly cold to be a fish.

For this reason, fish can be caught all day. Coastal cod and pike are probably the two species that offer the best fishing this month. They are at the top of their form, fat and prepared for a match on rod and line.

In several of our lakes that are polluted by nutritive salts, the angling is at its peak now and for the next few months. The cold and frost will kill off the algae and make the water so clear that predatory fish like pike and zander can again see properly on their hunt. You will very likely have success with artificial bait at this time, unlike the period with lots of algae when live bait was required.

Rowing across a winter lake with a couple of wobblers in tow is the absolute highlight of the year for many lake anglers. You get a little, much-needed, exercise, and it is no problem keeping warm behind the oars – if you are rowing, that is!